The String Cheese Incident invites David Grisman and Peter Rowan for a Dead Set on a Grateful Evening! 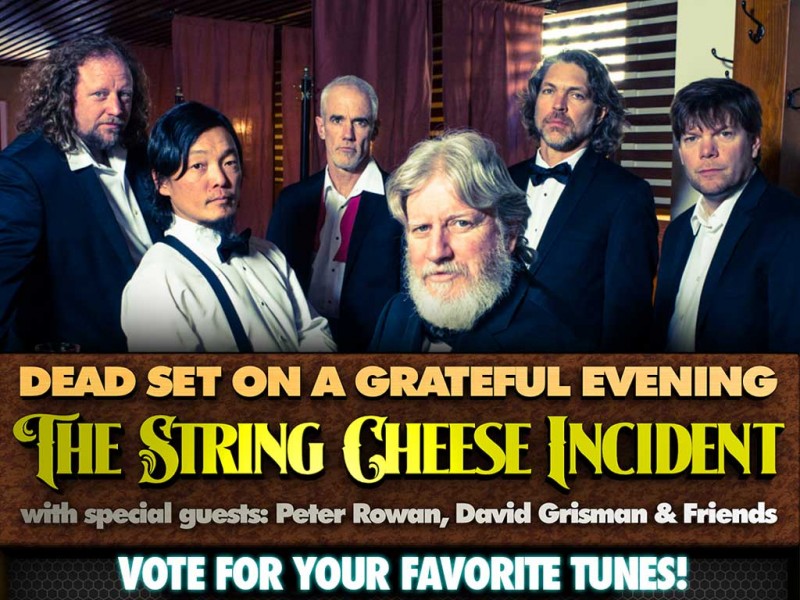 We are excited to announce that David Grisman and Peter Rowan and will be joining The String Cheese Incident for the band’s first of two sets at Vibes! The band is now calling upon the VibeTribe to help craft a special setlist of Grateful Dead + Old and in the Way songs for them to play during their debut at Vibes. Everyone can vote for one song a day until April 9th for their best chance of hearing your favorite jam!

title=”Click Here to Vote For Your Favorite Song!”>http://govibes.pgtb.me/DX6vWL

The band’s second set will feature the band’s original music, and we expect them to deliver yet another high-energy set, as they always do.

Check out some pro shot footage of The String Cheese Incident’s 2013 NYE run!: