Rolling Stone Honors Gathering of the Vibes as Must-See Music Festival for Summer 2015! 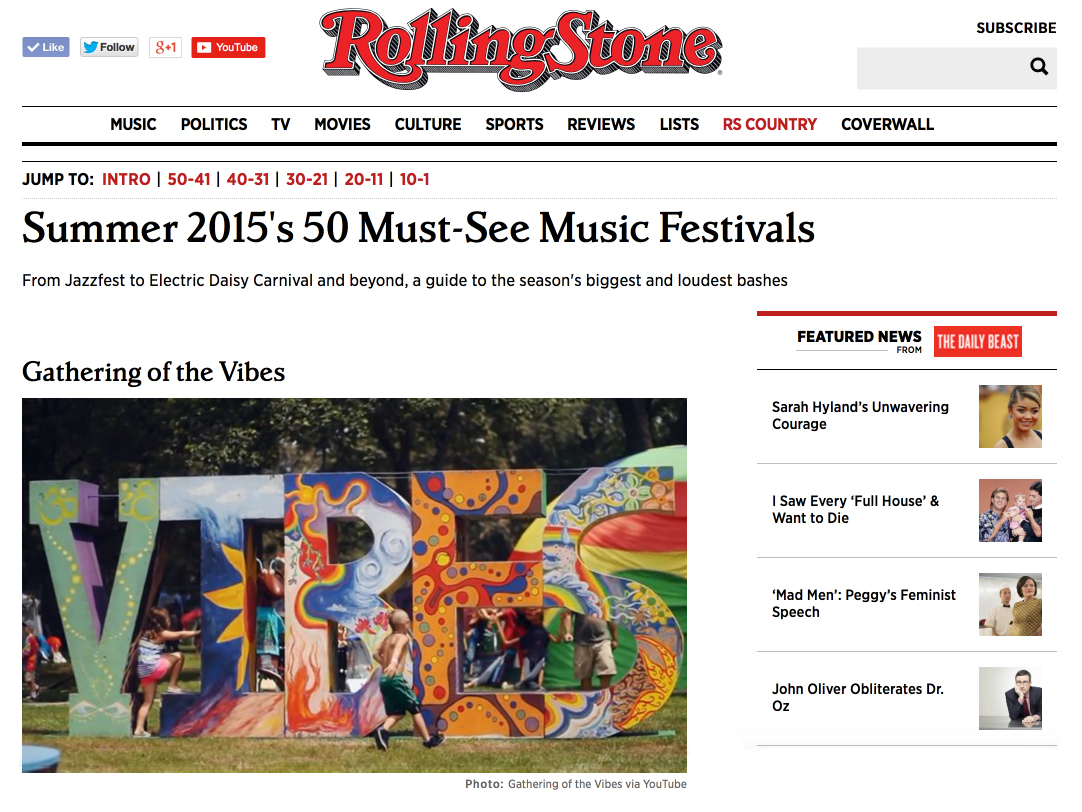 The 20th Gathering of the Vibes named “Must-See Festival for Summer 2015!” by Rolling Stone magazine.

ROLLING STONE: “The tie-dyed spirit of the Sixties abides in this annual seaside celebration of the Grateful Dead’s improv-rock legacy – and few groups echo the Dead’s roots experimentalism more than headliners Wilco. Similarly, the Dark Star Orchestra will re-create one of the Dead’s classic shows, and members of three younger jam bands will join former Dead drummer Bill Kreutzmann in his new Billy and the Kids. Expect Dweezil Zappa to mock the whole shindig, and keep an ear open for up-and-coming jam-heads like Twiddle”

We could not agree more as we move into a very busy spring planning for our 20th Anniversary. We can’t wait to share what we have in store with you!

Don’t have tickets yet? Get them here before prices go up!